Incommensurability, types of phenomena and relevant incompatibility (part I)

This is the first part of a three-part paper on incommensurability. Although incommensurability between theories has been object of study during many years, there does not seem to be a clear consensus regarding the notion of meaning according to which it should be characterised. Based on the notion of incommensurability proposed here, the common ground between incommensurable theories is neither determined by the sense nor by the reference of the relevant terms, but by a given phenomenon type, which fixes the subject matter of inquiry. Phenomenon types are understood as expressions that are associated with some phenomenon and describable or understandable in some language. In this proposal, two theories can refer to a same phenomenon type even if they are mutually incommensurable about the concepts used in them to grasp it. This possibility may serve as a way of fixing the subject matter of an investigation and, thus, to characterise the common ground between incommensurable paths of inquiry.
Palabras clave incommensurability, sense, reference, phenomenon, type, scientific, realism
Compartir
Cómo citar
Céspedes, E. (2018). Incommensurability, types of phenomena and relevant incompatibility (part I). Cinta de Moebio. Revista de Epistemología de Ciencias Sociales, (63), 323-330. Consultado de https://cintademoebio.uchile.cl/index.php/CDM/article/view/52009/57370
Formatos de citación
Número
Núm. 63 (2018): Diciembre
Sección
Artículos
Publicado
2018-12-27
Enviar un artículo 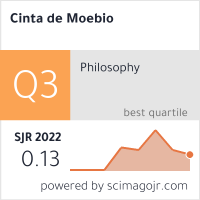